Colourful, and plentiful in some places along the coast, Brooding anemone are most likely found clinging to Kelp stalks in higher current areas.  Once believed to be the same species as Epiactis prolifera, they are now recognized as a separate species with distinct differences. The females of this species protect their young which is not a common trait among anemone. After hatching inside her body the larval anemone exit out her mouth and make their way down and attach on the body column under the tentacles. They grow there for several months under the protection of the stinging tips.  There can be several hundred babies at a time on a single mother and are all the same age/size. 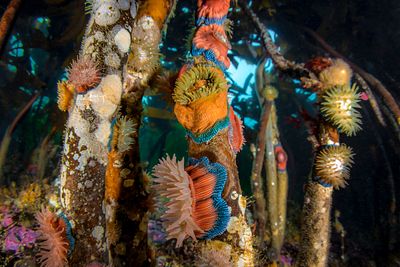 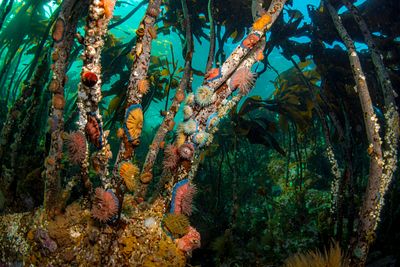 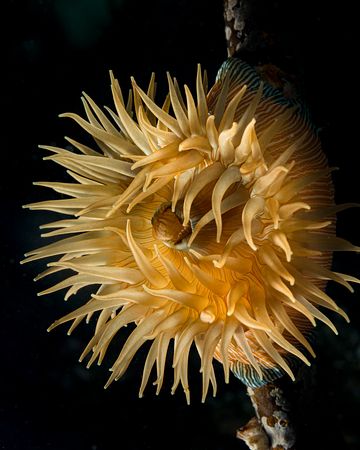 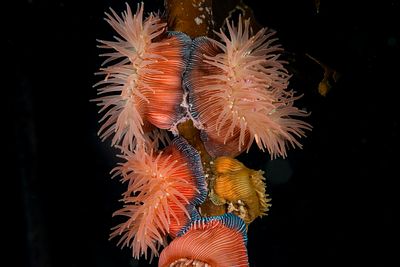 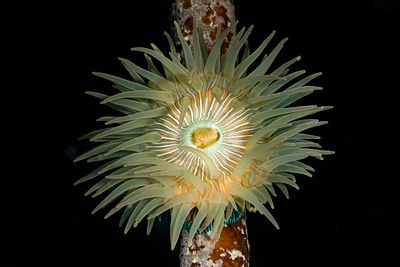 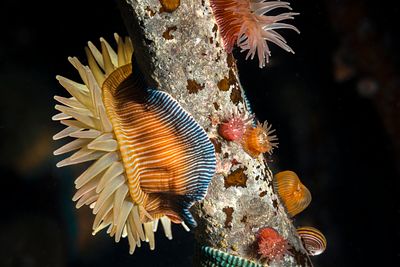 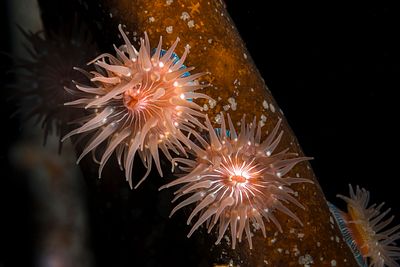 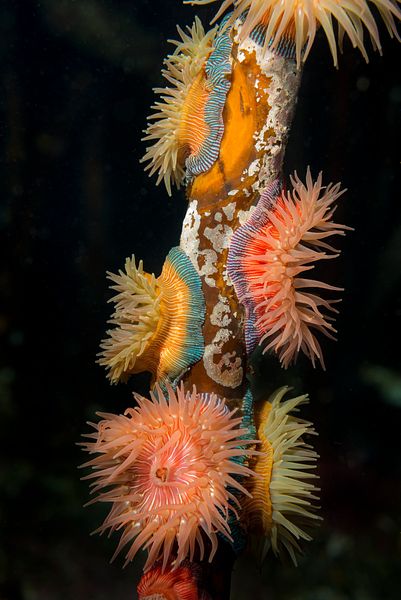 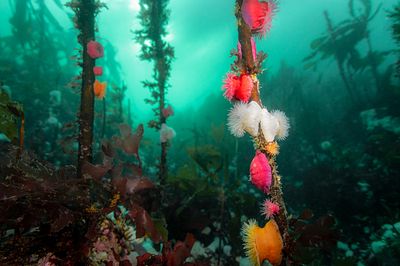 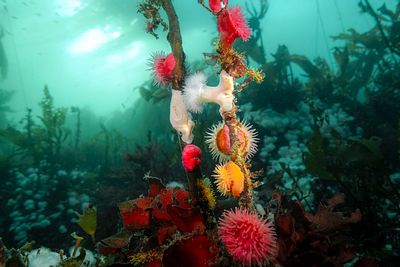