These iconic sea stars have recently been listed as critically endangered. The once numerous sea stars were all but wiped out on the Pacific Coast of North America by a mysterious wasting disease that was first noticed in 2013. Since then there have been small pockets trying to recover, but estimates are 90 % of the population has been lost. This has led to dramatic changes in the marine eco system. A trophic cascade happened as the sea stars died off. Urchins took over and then wiped out much of the kelp beds. This important shallow water habitat has been drastically altered and the effects are only just being measured. 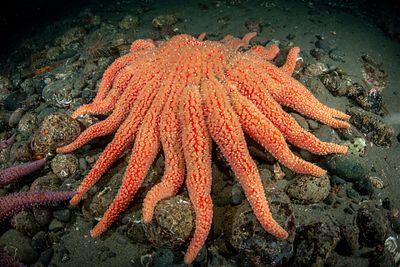 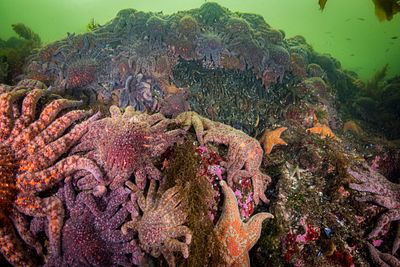 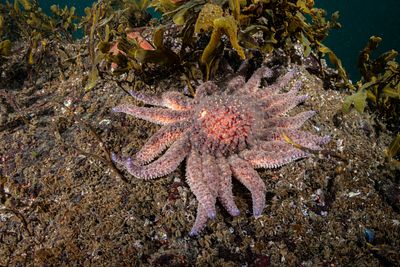 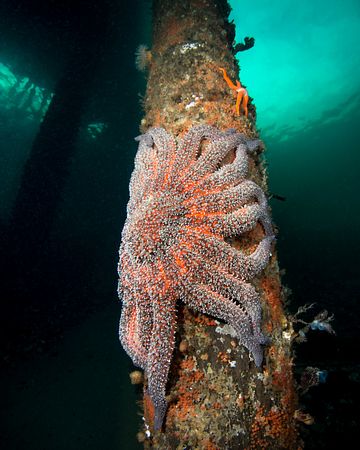 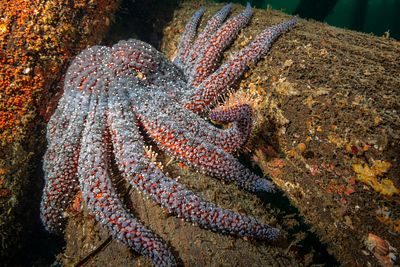 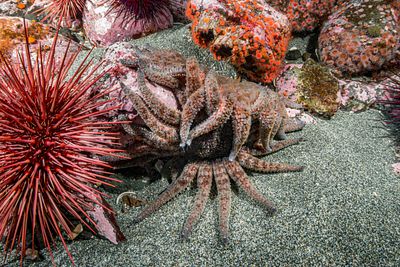 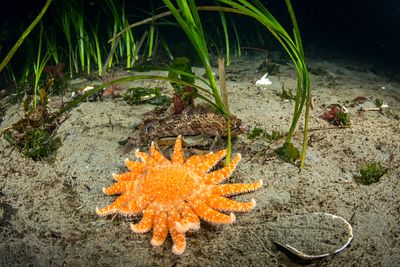 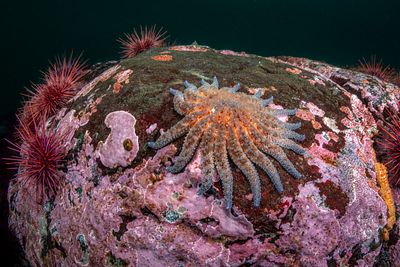 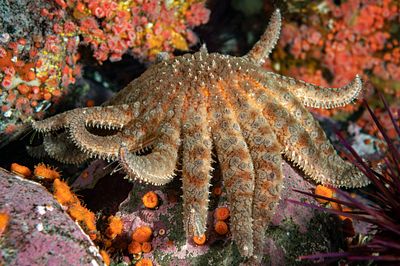 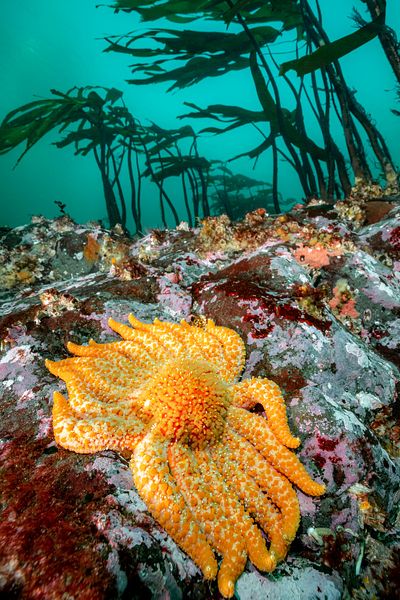 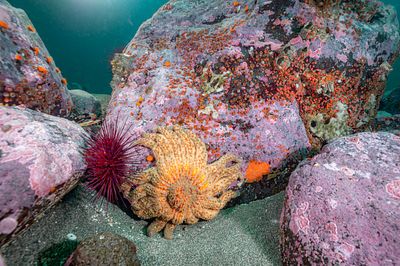 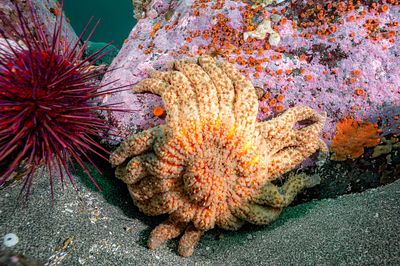 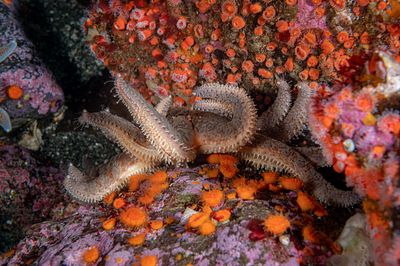 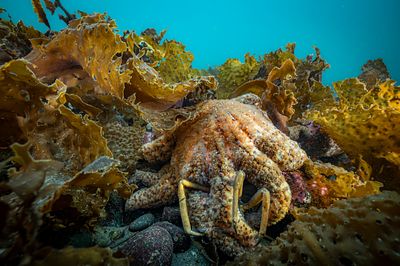 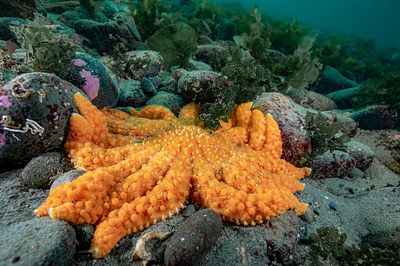 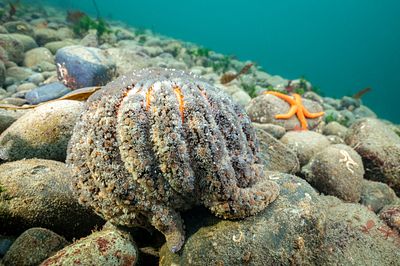 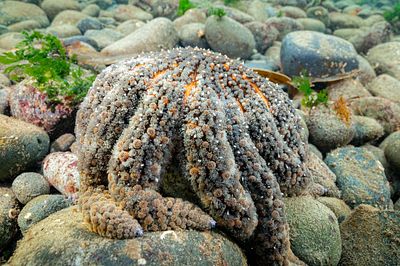 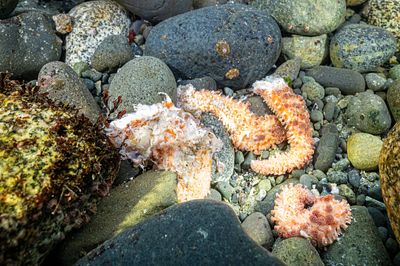 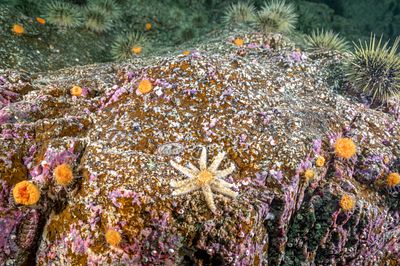 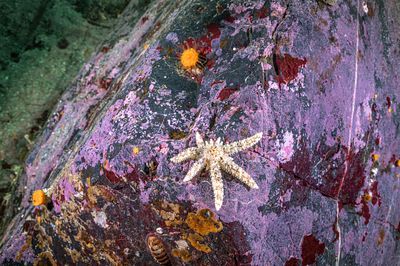